Most Influential Psychologists in the World

Let’s see a glimpse of their work.

The first thing one thinks of when he or she hears the word psychology is Sigmund Freud. Freud is one of the famous names in the history of Psychology. Freud (1856 – 1939) was an Austrian neurologist. He is the founder of psychoanalysis. His famous works include therapeutic techniques like free association; theory of psychosexual development; concepts like transference, Oedipus complex, unconscious mind, conscious mind; dream analysis, and dream interpretation; psychic structures like id ego, superego; libido, death drive and most importantly the concept of defense mechanism.

Few books from the collection of books written by Freud are:

Burrhus Frederic Skinner (1904 – 1990) was an American psychologist and a professor of psychology at Harvard University (1956-1974). He is associated with the behaviorist school of thought in psychology and is considered one of the pioneers of modern behaviorism. He rejected the idea of the unconscious mind and believed that human actions are based on the results of previous actions.

He called it the principle of reinforcement. His renowned concepts include operant conditioning, schedules of reinforcement, rate of response, radical behaviorism, and token economy. He also invented the operant conditioning chamber also known as Skinner’s box to study behavior. His theories are still extensively used today in the academic and clinical fields. “Beyond Freedom and Dignity” is his most prominent work. He received many prominent awards in the 1990s along with the Scholar Hall of Fame award in 1997.

Some of his books are:

Albert Bandura (1925 – 2021) was born in Canada, considered to be the founder of social learning theory later known as Social Cognitive Theory. He was the David Starr Jordan Professor Emeritus of Social Science in Psychology at Stanford University. Bandura was primarily a social psychologist; however, he borrowed ideas from clinical, cognitive, and other subfields of psychology. He was among the first group of psychologists who rejected the theory of behaviorism (the ruling theory at the time). His prominent work was on aggression with children and adolescents. His famous Bobo Doll experiment shows that children learn aggression from adults through modeling. His theory of self-regulated learning has played a vital role in educational psychology; similarly, his theory of self-efficacy (model) and self-control has influenced clinical psychology. In 2016, he was presented the US National Medal of Science.

Some of the books written by Bandura are:

Gardner (1943) hailed from Scranton, Pennsylvania. He was a developmental and educational psychologist. He is currently at the Harvard Graduate School of Education at Harvard University as a Professor of Cognition and Education. He worked on child development and the psychology of education. He is best known for his theory of multiple intelligence and has outlined that the IQ tests have failed to differentiate between linguistic, mathematical, and spatial intelligence while intelligence types like kinesthetic interpersonal, aesthetic, or intrapersonal are not measured at all.  Gardner’s theory of multiple intelligence, though popular, has very little empirical support. Gardner, later on, researches the implication of this theory in different areas like business training schools.

Gardner has won many grants, awards, and honorary degrees. He has authored, co-authored, and reviewed numerous journals, books, chapters, and articles.

Below are a few books to name from the collection of books written by Howard Gardner.

Anderson, an American psychologist born in 1947, is a Professor of Psychology at Carnegie Mellon University along with a joint appointment in Computer Science. He is the pioneer of rational analysis. It is an approach used to model the “architecture” of the human mind using computers. He is also known for his Adaptive Control of Thought-Rational proposal.

This ACT-R proposal was a hypothetical computational structure underlying human general intelligence. He also provided empirical data to support his model using fMRI technology. These experimentations helped in the understanding of stage theory of problem-solving and decomposition theory of learning. His work has brought diversity to the field of cognitive psychology. In 2016, he received the Atkinson Prize from the National Academy of Sciences US. His more recent involvement is in the development of intelligent tutoring systems. He authored and co-authored numerous journal articles, book chapters, and books.

His famous books include the following:

Above mentioned are a few psychologists however there are many other psychologists in the world whose work and contributions have given wonderful ideas to the field of psychology. Without their theories, ideas, and contributions to the field, psychology would not have been what it is today. So, it is a must to appreciate their work while critically analyzing and making the best use of it. 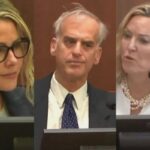